Don't Pick Up Your Phone While Stopped at a Signal 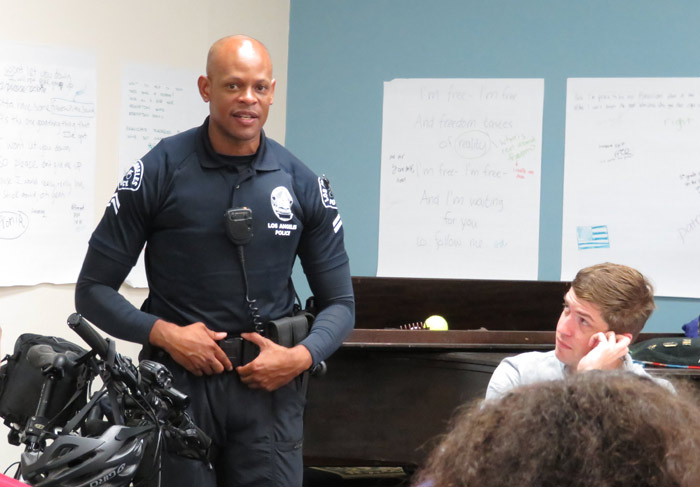 At our July 13 meeting and Volunteer Appreciation Social we heard from LAPD Officer Steven Hollowell, who is part of a four person bike patrol unit in the Southwest Area. He informed attendees that the bike patrol does issue warnings and citations and cautioned against distracted driving particularly with cell phones. Since July 1, 2017 they are enforcing California Vehicle Code 23123 (a) which states that drivers may not hold cell phones or have them in their laps while their vehicles are moving or stopping at signals or signs. Drivers may have their phones mounted and touch their phones to access them. The crowd was surprised by this news and asked some clarifying questions. Officer Hollowell noted that drivers seem particularly likely to take out their phones at long signals and officers are easily able to view phones in their hands. The plea that the driver was accessing their GPS is also not very effective, especially when the officer can clearly see that the driver was in fact tweeting!

After the meeting the Board informally thanked volunteers with certificates, refreshments and fun pictures at the photo booth.